Following a watershed election last year that signalled public resentment towards a paternalistic state, the AWARE roundtable discussion conducted on 24 March 2012 sustained the political momentum with an honest discussion about this year’s Singapore Budget.

“We have not witnessed inclusive growth in the Singapore budget for a very long time,” says Yeoh Lam Keong, an economic and social policy commentator affiliated with the Institute of Policy Studies (IPS) at the Lee Kuan Yew School of Public Policy.

Despite additional funding for a number of social programmes, panelists at the forum generally agreed that the government’s budget does not do enough to assist the most vulnerable elements of our society — children, elderly, the disabled and low-income families — particularly when it comes to education and health care.

The 2012 Budget signals an increase in healthcare spending from S$ 4 billion to S$ 8 billion over the next 5 years, an increase from 0.7 to 2.2 percent of GDP. But Yeoh notes that Singapore still lags behind other Asian Tigers – Hong Kong, Taiwan and South Korea — which commit approximately four percent of public spending to healthcare.

Increased spending on hospital beds alone will not produce better health outcomes adds Vivienne Wee, a founding member of AWARE. Singapore’s health care system needs to be reorganised, she argues, to better meet the needs of patients and the general population, rather than the demands of healthcare organisations.

Rising inequality meanwhile is giving children from wealthy families a leg up at school, as early as Primary 1. P1 students are expected to be able to read and write upon enrollment, but students from low-income families generally score worse than their classmates. The problem: these children lack access to pre-school education.

NTU sociology professor Teoh You Yenn argues that the government should level the playing field by providing more funding for low-income families to send their children to preschool.

A government’s budget reflects a society’s understanding and value systems, argues Teoh, adding that people’s actions have the power to shape imaginations of the present and future. “What is pragmatically possible is not fixed independently of our imaginations, but is itself shaped by our visions,” Teoh says, quoting from “The Real Utopias Project“. 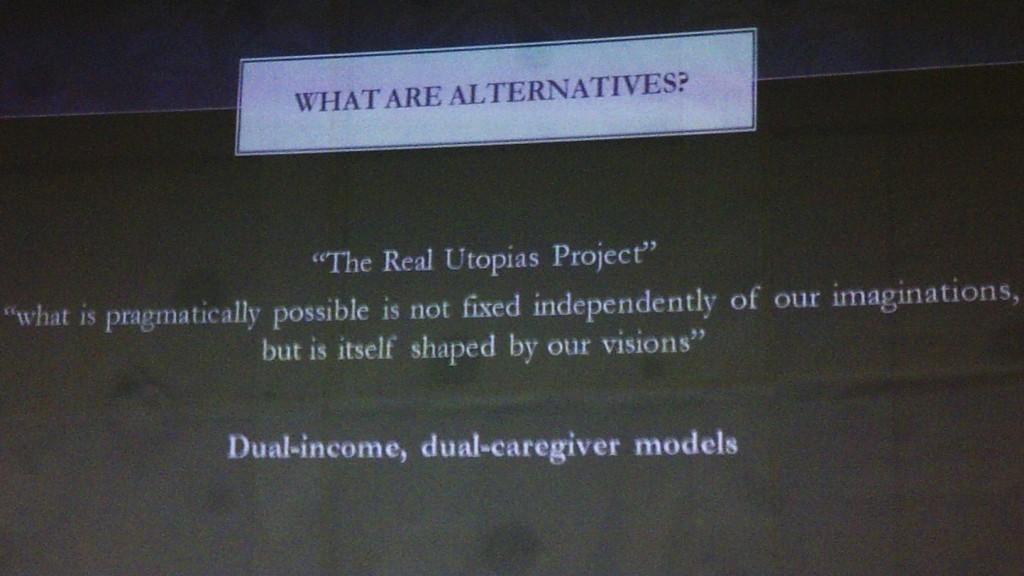 Wee argues that if Singapore is to be a truly inclusive society, we need to do a better job of providing people with disabilities with full access to public facilities, starting with our nation’s schools. Currently, only a select few educational institutions are equipped to teach disabled students.

Contributing to the discussion, hearing-impaired attendees from the Singapore Association for the Deaf, with the help of sign language interpreters from ExtraOrdinary Horizons, called on the government to provide more ‘resource teachers’ for deaf students in mainstream schools.

“We – like any other healthy human beings – have dreams and aspirations to fulfill,” says one SADeaf member.  “It is very hard to tell our children that you cannot be a doctor, lawyer or engineer, because you are deaf.  Unlike Singapore, the United States has deaf societies filled with hearing impaired professionals. This is a strong limiting factor.  And it’s very stifling for the members of the Singapore Association for the Deaf.”

Better implementation and less duplication is needed in the provision of social services, according to another member of the public participating in the discussion. The “Many Helping Hands” programme can result in cases where several social workers approach the same person with the intention to help. But they end up overwhelming the person instead.

In my humble opinion, an inclusive society begins when the government has open dialogues with its citizens. When drafting the budget, our government should actively engage Singaporeans from all levels of society. It’s too late to make changes once the budget is announce in Parliament. A more consultative process, rather than the top-down approach, will be more effective in meeting the needs of all Singaporeans.