By Michel Anglade, Campaigns and Advocacy Director, Asia – Save the Children

2015 could be a momentous year in human history. It could be the year that governments across the world put a deadline on their longstanding commitment to end extreme poverty, ensuring that no child dies unnecessarily, every child gets a good-quality education, and every child is protected from violence. It is the year that governments are expected to agree a new global framework of concrete goals and targets to take the legacy of the Millennium Development Goals (MDGs) forward, and bring the commitments that were made at the United Nations Conference on Sustainable Development (Rio +20) to life.

The next six months represent a critical phase in the international process to define the post-2015 framework. As governments discuss the shape and contents of the new development goals, they must keep levels of ambition high, putting the foundations in place for a framework that is capable of inspiring real and sustainable change for the world’s poorest children.

Protecting and advancing children’s rights lies at the heart of this process to make the world better and fairer for children. The post-2015 framework must focus on meeting children’s needs. The MDGs spurred political and financial commitments to achieve significant breakthroughs for children. However, the job is still not completed, and the world’s most disadvantaged children are being left behind. The eradication of poverty is not only a matter of social justice, but is also a cornerstone for effective, equitable and sustainable development for all. The post-2015 framework will shape the future, and it is therefore imperative that needs and rights of children, as present and future citizens of the world, are fully reflected within it.

More than a million people from around the globe have shared their experiences, expertise and perspectives about what post-2015 sustainable development goals should look like, via UN and civil society consultations and the MYWorld2015 global survey. A number of considered proposals have also been presented by international institutions and networks. These include the UN Secretary General’s High Level Panel on the Post-2015 Development Agenda, the Sustainable Development Solutions Network, the UN Global Compact, the outcome of the Open Working Group, the UN Secretary General’s Synthesis report on the Post-2015 Agenda, and civil society organisations from around the world, many of which are members of the international Beyond 2015 campaign and have now joined the Action/2015 campaign.

As the inter-governmental negotiations to finalise the post-2015 framework take place in the UN Headquarters in New York, Save the Children call for a strong focus on equity. Inequalities are not an inevitable outcome of development progress. If we are to recognise the truly transformative potential of the new sustainable development framework we must embed equity at its core. No one must be left behind by virtue of their gender, age, disability, income, geography or ethnicity. Save the Children urge UN member states to ensure that the Declaration of the Post-2015 Sustainable Development Agenda includes an explicit reference to the criterion that “no target should be considered met unless it is met for all social and economic groups”. 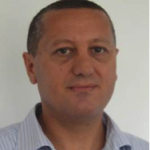 Prior to his present position, Michel Anglade worked for Oxfam from 2000 to 2011, in various leadership positions in Asia and in Africa. He started working in the field of humanitarian and development in 1995 and undertook various assignments with Doctors without Borders and with Action Against Hunger in Armenia, Sudan, Somalia and North Korea.